India covers 3,300,000 km² and has the largest population in the world after China. According to the latest geographical forecasts, there will be 1.4 billion people in India by 2022. Apart from being very dense in demographic terms, India is also a country with an extremely rich cultural diversity where more than 1600 languages are spoken. These languages divide into several families, the largest of which are Dravidian in the south of the country and Indo-European in the north.

Alongside this mosaic of languages is a mosaic of religions: 80% of Indians are Hindus, 13% are Muslims (3rd largest Muslim population in the world, after Indonesia and Pakistan), but there are also Christians, Sikhs, Buddhists, Jains and Parsis. The proclaimed secularism of the Indian Republic does not, however, prevent tensions, sometimes very lively, between the different religious communities. [1] 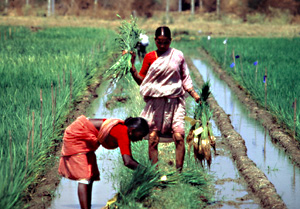 The Green Revolution, launched in the wake of independence from the British Empire in 1947, made it possible to achieve food self-sufficiency in just a few years in a country that, since then, has more than tripled its population. This Indian miracle, which is largely attributed to Prime Minister Nehru, continued with a second major economic revolution: the transition from a command to a market economy. The country opened up to private investment and between 1980 and 2000 posted an annual growth rate of 8.5%. Its economic growth now seems to be sluggish, due to the demonetization undertaken by the current Prime Minister, Narendra Modi, to "break the grip of corruption and black money", in a country where only 3% of the population pays income tax. Nevertheless, India continues to boast one of the fastest economic growth rates in the world (7.1% for 2016-2017). [2]

India has the second largest cultivated area in the world, which allowed it to take off economically during the Green Revolution. The country is the world's leading producer of spices, second in rice production and third in sorghum. Natural resources are not limited to agriculture, since India also has significant mineral resources, such as chromium, iron and bauxite. The country is also the world's second largest producer of steel. India is not satisfied with its agricultural and mining wealth, it is also very proactive in the academic field, it has its own "Silicon Valley" and can boast of its status as a pioneer in civil nuclear power, but also in biotechnology, in the production of generic drugs and in the IT sector. However, despite its status as the world’s sixth largest economy – India has just dethroned its former colonial empire, the UK – and a world-renowned industrial and technological centre, around 80% of its population still lives on less than two dollars a day. [3]

In Mumbai, one of the country's megalopolises, one in three inhabitants lives in a slum, an informal and illegal habitat created to mitigate the pressure of urbanisation and rural exodus. This extreme poverty is not unrelated to the age-old caste system. In India, the poorest people come from three social categories: Muslims (13% of the population), Dalits or untouchables (around 200 million people, or 20% of the Indian population) and Aborigines or Scheduled Tribes (a little over 8% of the population). The poverty of the latter two categories is easily explained by the nature of the tasks (exclusively) assigned to them. The widespread poverty of the Adivasis (an aboriginal tribe) is linked to their very traditional activities such as collecting wood or tendu leaves for cigarette papers, their very low level of education and the forced displacement they have faced on many occasions [4]. As for the Dalits, it is in the light of the marginalisation they have suffered and continue to suffer today that this seemingly endemic poverty can be understood. 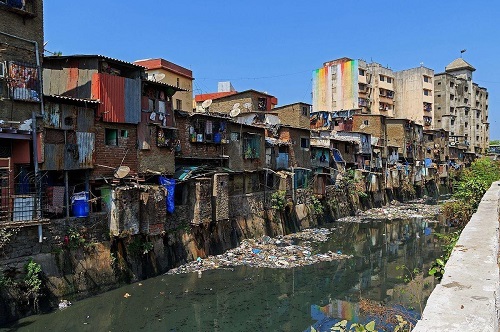 All in all, India is a rich country, in terms of both natural resources and diversity (cultural, linguistic and religious). The economic liberalisation undertaken in the 1990s has made it one of the world's economic powerhouses. Despite this impressive economic take-off, 80% of its population still lives below the poverty line. This poverty is closely linked to the status of individuals, as the poorest are also the most marginalised. Despite the official will to put an end to the unfair and discriminatory caste system, it must be acknowledged that mentalities are struggling to change and that the caste system shows no signs of going away any time soon.